You want to know who runs this blog...get a warrant...

THE LATEST IS THIS LYING BITCH HAS SENT HER GOON SQUAD TO THOSE WHOM SHE KNOWS HAVE NOT DONE THE COURT WHORE BLOGS....

FUCK YOU AND YOUR HENCHMEN WHY DONT YOU COME BULLY SOME ONE OTHER THAN A LITTLE KID YOU FUCKING BITCH!!! 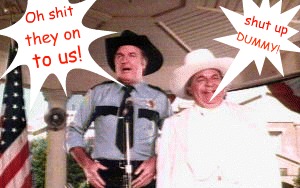 Two hours of questioning of a minor child regarding the ownership of this blogs and many more is really showing how desperate this Judge court whore has become.

Rice-Holderfield sent out her goons today to many persons homes, including Miss Kentucky International Elaine Bateman.  What has become of the justice system that they are hell bent on jailing a mother for others taking the stance on this injustice?!

We hope you are proud of yourself by intimidating a child into submission, falsely accusing her of blogging the TRUTH...CPS worker Sheila and Police Officer Blevins.

There is a special little place in hell for those who fail to protect and serve....not sure which level...I will have to get back to you on that.  In the meantime I suggest you do some reading....http://whoresofthecourt.com/

In this provocative and well-researched book, Margaret Hagen, Ph.D, reveals how expert psychological testimony is a total fraud, showing how the courts have increasingly embraced not a cutting-edge science but, instead, a discipline that represents a terrifying retreat into fantasy and hearsay; a discipline propelled by powerful propaganda, arrogance, and greed.

You want to know who runs this blog...get a warrant...think you can haul anyone to Kensucky for an alleged felony class D....TRY ME.....we are waiting...and we still are not shutting up.

What kind of country are we living in where the authorities protect a person who beats a child and non-abusers and victims are threatened and harassed. We cannot let this go on.

Freedom of speech is protected in the First Amendment of the Bill of Rights and is guaranteed to all Americans.

Just when you think you have left an abusive relationship enter the family court judge. In Kentucky there is one such judge (court whore) that loves to hand out punishment to all but especially mothers and children.

As I researched the Honorable Judge Catherine Rice-Holderfield it gave me more insight to how this court whore ticks and how she got into the position she was appointed not voted into.

According to http://kyjudges2006.wikispaces.com/file/view/bgdailynews.oct31.pdf is where I found the interesting comments that Rice-Holderfield made in regards to herexperience with family court matters.

Rice-Holderfield states, My parents divorced when I was a teenager. Being a child of divorce gives me a special perspective on how deeply this family tragedy affects children. I also could see how my parents struggled with custody, division of their property and debts, and with providing financial support. When my children were very young, their father and I divorced, very amicably, and I faced balancing management of my sole law practice with being a single parent, while always making sure my children were the focus of my attention. These are priorities I also keep now, and which I stress to persons in family court

First of all, just because your parents divorced and you divorced amicably does NOT mean you have all knowing experience in family court. Her special perspective is askew to the point that hypocrisy doesn't even apply to her method of madness. Especially now when Kimberly Harris is facing judicial retaliation on October 19th for absolutely nothing. In what can only be described as judicial abuse and retaliation Rice-Holderfield has threatened jail for Kimberly Harris and her supporters for speaking about her judicial abuse online.

So to make this all clear, Rice-Holderfield is upset because American citizens have exposed her dirty little secrets? With the information I have gleaned from the www there is much more to expose about this Kentucky court whore.

First thing I did was check with the Constitution and it still says:

Congress shall make no law respecting an establishment of religion, or prohibiting the free exercise thereof; or abridging the freedom of speech, or of the press; or the right of the people peaceably to assemble, and to petition the Government for a redress of grievances.

This is a redress and you should duly note it.

The absurdity and contradictions continue athttp://kyjudges2006.wikispaces.com/file/view/bgdailynews.oct31.pdf

They pose the question to Rice-Holderfield,

What issues, if any, are important to improve family court?

I believe I’m serving the community very well in family court. I treat every participant equally, fairly, with dignity and respect. I’m always striving toward greater efficiency in managing my large caseload, and to save money and time for the people in my court. I put the focus on the children whose entire lives will be affected by the decisions we make and the agreements we reach in family court. I try to put myself in the shoes of every person that comes into my courtroom, while applying the law to the facts presented to me.

Thankfully after I read this quote I didnt spew too hard onto my keyboard. After we heard about Kimberly Harris and her son we knew that this was insanity, we just didn't anticipate the extent of it. Rice-Holderfield by her own admission is a product of divorce, she has been through divorce, she is a mother...but yet she is hellbent on jailing a mother who did nothing more than any mother would do to protect their child from abuse, it is blatantly apparent Rice-Holderfield doesn't grasp that concept.

Sadly it doesn't end there...next I checked to see what else Rice-Holderfield has her grubby little hands into. According to another source she organized a seminar dubbed “Co-parenting: No Child in the Middle” after she states that she presided over several cases that could have been resolved out of court if parents effectively communicated. Really, effectively communicating with an abuser? How is that actually done?! But what really effectively sums up Rice-Holderfields reasoning is that she is lazy and cannot and should not be bothered with menial things that parents that go through custody disputes, especially those that were in abusive relationships. Rice-Holderfield even states as much when she says that:

“I’ve had to decide what orthodontist the children will have,” she said. “I’m thinking, ‘This is not something I should be deciding.’ ”

Well, geez...if you really think about it don't you think that those that cannot decide those things are the ones that really need the judges help? No, she is more concerned with what is being said about her on the internet. Guess she thought that citizens would allow her to do whatever she wants from the bench....guess again.

This is the tip of that proverbial iceberg...because not only does her vanity of google searching for herself ON the job with taxpayers money paying her wage...

But alas we also have uncovered the financial dippings and dealings that court whore Rice-Holderfield is into....stay tuned!!