Part Two: Teri Stoddard and her claim to fame in Father's Rights circles

Part Two: Teri Stoddard and her claim to fame in Father's Rights circles

As promised more information on Teri - the Queen of Equality. Well she got that half right ;-)

So on to her resume. She now works for S.A.V.E Services which is online at SAVE: Stop Abusive and Violent Environments.

Now this all look peachy doesn't it? A nice new organization to help those victims of abuse. Well dig into it and it does not look so peachy after all. Who (or what) is SAVE Services? Looking at the domain registration shows that Natasha Spivack is the owner (registrant) of saveservices.org. Her email is through encount.com.

Screen shots below in case the owner is mysteriously changed or hidden (and these are saved in case anyone would like them for their own use): 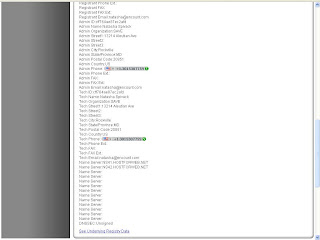 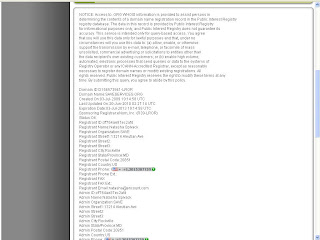 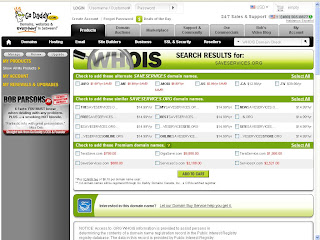 What is encount.com and who is Natasha Spivack?

Eeeny meeeeny miney moe - Encount.com wins first exposure. Encount.com is a mail order bride company run by Natasha Spivack. This is quite interesting given the recent attention that has been made to regulating these types of businesses.

Now why is Natasha Spivack so important? Well it seems that Ms. Spivack was the recent litigant in a case against her and her company Encounters International by one of her former female clients.

Read about one of her male clients here (he was oh so shy yet this was his third marriage?).

Or you can read about Nataliya Fox here and how she was lied to, battered, and traumatized not just by her abusive ex husband, but also by the very organization who should have helped her. Link to appeal from that court case is HERE. Another story about this travesty-turned-fair is HERE. Notice that the case against the abuser was dropped after he was ordered to attend a batterers intervention class in order to have his record expunged AND he claims that Nataliya attacked him. He also claims she was "nutty" and "a fruitcake." Hmmmmmm makes you think doesn't it especially in light of the recent posts on Teri's Single Parent Group on Yahoo?

Now is it just me or is it seemingly odd that a woman who was found guilty and ordered to pay hundreds of thousands of dollars to another woman has now started an organization for the falsely accused? And that Teri our own Queen of Equality is helping her in that endeavor?

Now more postings will follow but I think this is enough for now. R tells me she is constantly researching this issue so as to make all of this fair and impartial (instead of the one-sided affair that Teri like to present).