THE TIES THAT BIND 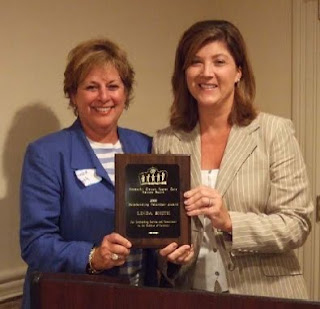 Why would a family court judge place a child in the foster care system when he has a Mother more than willing to take care of her son?

I will tell you, since Judge Catherine Rice-Holderfield has taken office her motives may seem to be quite biased for more reasons than anyone could have previously known.

While researching Judge Catherine Rice-Holderfied it was no surprise that to see that Judge Rice-Holderfield is involved deeply with The Citizen Foster Care Review Board. The plot thickens and so does the blood money.

Who or what is The Citizen Foster Care Review Board? It appears that in order to become a volunteer must complete a six-hour initial training session. Wow! A whole SIX HOURS?! They claim they advocate for the dependent, neglected and abused children in their community. They also state that Citizen Foster Care Review Board volunteers come from a variety of professional backgrounds, but they all have a common a deep compassion for children. This doesn't sound like a group that Rice-Holderfield could be a part of if this is truly their mission. The CFCRB does also give the following information about how new volunteers are trained in the following for their special little group:

Once the training is completed, a recommendation is made to the chief judge of the local District Court or Family Court for appointment. Judges appoint volunteers for three-year terms. All volunteers receive a comprehensive handbook on the program and opportunities to earn the required six hours of annual continuing education.

While researching Rice-Holderfield it is no surprise to find the contradictory values that a family court judge really holds near and dear to their heart and apparently Rice-Holderfield is no different than all the rest.

In fact Rice-Holderfield it appears that she may also be in the lucrative business of putting children into the foster care system for cash. In one of the most shocking cases of courtroom graft on record, two Pennsylvania judges have been charged with takingmillions of dollars in kickbacks to send teenagers to two privately run youth detention centers. “I’ve never encountered, and I don’t think that we will in our lifetimes, a case where literally thousands of kids’ lives were just tossed aside in order for a couple of judges to make some money,” said Marsha Levick, an attorney with the Philadelphia-based Juvenile Law Center, which is representing hundreds of youths sentenced in Wilkes-Barre. Prosecutors say the two Luzerne County Judges Mark Ciavarella and Michael Conahan took $2.6 million in payoffs.

When Rice-Holderfield was sworn in as Warren County Family Court judge, Catherine Rice Holderfield said she was "fully committed" to the newly created position. Holderfield also vowed to "make all efforts to resolve people's conflicts in the best interests of families and children ... to treat all people equally, to make people know that, no matter the outcome, they were treated fairly and to provide children the best environment possible for them to succeed in life."

If this were ALL true Judge Rice-Holderfield then why would you place an abused child in the care of the foster system instead of his loving mother, where he has said that he want to be? Why would you threaten this mother and her supporters with jail if they said anything more bad about you? Truth hurt?

You got it right stating that you would provide the bestenvironment possible for them to succeed in life because this child is speaking up! His 14 yr old girlfriend is speaking up! These children have been given a crash course in the cottage industry of family court. When they grow up, and they will, do you think they will forget about the heartache you caused? Do you think that their supporters and themselves will vote for you? What do you think that the continued pain that this child is dealing with, first beaten and abused by his father and then beaten and bruised by your court? Its already happening, these young adults are standing up for what is right and just and focusing on your illicit ways of threatening his mother with jail.

You have threatened to jail the mother for speaking up as any mother and American citizen has the right to do. We have heard this mothers heart breaking from this pain you have caused this family. It will be the mission of this blog and MANY others to expose any and all corruption that may exist in your courtroom and beyond. American people have the right to speak out against elected officials and their government.

It is part of our first amendment right....FREEDOM OF SPEECH! It is also our duty as citizens to report any impropriety or the look of impropriety and we will have the ACLU standing by on this waiting to see if you really want to open that can of worms. Because we have already opened that can of whoop ass and we are OUTRAGED and we are not going ANYWHERE!

DO THE RIGHT THING!! Send this child home with his loving mother!