This is the ‘go to blog’ for updates about the twisted psychopath Bill Windsor and his fake “Lawless America – con game”. Daily updates sometimes twice daily – open comments each post gathering in excess of over 200 un moderated comments. If you want to know — this is the place to go. http://joeyisalittlekid.blogspot.com/2013/02/william-m-windsor-american-terrorist.html

Kudos to joeysalittlekid and many other blogs, video mixers and so much more. WE ARE the people and we invite free thinking. I am sure that some dictators could be good… but his Fuher Bill y Windsor is most definitely not good for anyone but him self.

This entry is just one of many – one that needs reposted and shared. 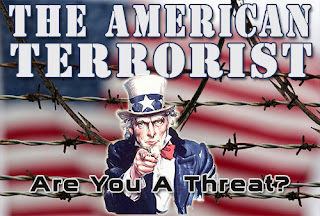 So I have been doing some reading up.  First, on the latest over at Quatloos about Billy:

As you can see, these guys have been following him along with a hoard of other characters they all call a part of the Sovereign Citizen Movement.  This got me to really thinking back to when Windsor devoted an hour of filming to his buddy Carl Swensson of the Birther Movement.  Then I ran across this article:

Did you catch that?  He pulled this citizen grand jury on the very day, April 1st, that Billy has announced he will do his own version on.  Obviously Carl is advising him on this.  Windsor is trying to learn from the mistakes Carl did in limiting it to just the Birther movement.  The Why isn’t important, its the end result that matters.  This is why Windsor is allowing any and everything into his fake movie.  We can go from a guy who wants his cybersquatting rights, to mothers trying to get their kids back, to a guy trying to make his own currency and then to a slum lord trying to put up big billboards wherever he wants.  There is nothing that connects these people other than theyagree with Billy’s preamble that the court system is broken and needs to be fixed.  As long as you agree to that tenant, you are on his team.  Your particular issue matters not, just the end goal.

But lets get back to this Sovereign Citizen Movement that all these characters seem to fit under.  The FBI considers the SCM a domestic terrorist group and a growing threat to law enforcement. http://www.fbi.gov/stats-services/publications/law-enforcement-bulletin/september-2011/sovereign-citizens

"They could be dismissed as a nuisance, a loose network of individuals living in the United States who call themselves “sovereign citizens” and believe that federal, state, and localgovernments operate illegally. Some of their actions, although quirky, are not crimes. The offenses they do commit seem minor"

And they conclude with this:

"Although the sovereign-citizen movement does not always rise to violence, its members’ illegal activities and past violent—including fatal—incidents against law enforcement make it a group that should be approached with knowledge and caution"

Lets look at what the Anti-Defamation League has to say about this movement and the similarities we can see in Billy:

"The key distinguishing characteristic of the sovereign citizen movement is its extreme anti-government ideology, couched in conspiratorial, pseudohistorical, pseudolegal and sometimes racist language. Many extremist movements in the 20th century have been anti-government in the sense that they opposed governmental policies, but few have been so purely anti-government that they challenged its very legitimacy"

Uh huh, this is why he wants people in all 3,300 counties across the nation to bring the charges at the county level.

"Yet despite a pattern of violent activity, the preferred weapon of members of the sovereign citizen movement is what has come to be called "paper terrorism." Paper terrorism involves the use of fraudulent legal documents and filings, as well as the misuse of legitimate documents and filings, in order to intimidate, harass and coerce public officials, law enforcement officers and private citizens"

There is our boy Billy to the T.  And don’t forget his illegal use of a 501c3 non-profit.

"One of the first tactics of the resurgent sovereign citizen movement was the formation of vigilante "common law courts." Members of these courts used them as a forum for grievances against the "de facto" government or for assistance in attempts to harass their enemies"

Yep, this is exactly where we are headed with this next phase in the Lawless Terrorist Network.

"The filing of frivolous lawsuits and liens against public officials, law enforcement officers and private citizens, on the other hand, has remained a favorite harassing strategy. These paper "attacks" intimidate their targets and have the beneficial side effect of clogging up a court system that sovereign citizens believe is illegitimate."

OMG, just stop it, this is way to accurate and telling.

So, as you can see, this is who Bill Windsor is, and this is also where we are headed.  When the lemmings file their made up charges against law enforcement officials, they will be engaging in domestic terrorism along with Bill.  And it needs to be overstated that everyone involved with Lawless America is connecting themselves with terrorist activities specificity delineated by the FBI.  Ignorance is no excuse.  You either wake up now, or finally figure it out when you are behind bars.  The Pied Piper is leading you down a patch of certain destruction.

Hop on over to joeyisalittlekid and read and leave a comment!