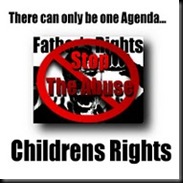 Please Contact Your Legislatures; And Send To Them A Copy of the Deleted VAWA - Title 2 - Section of the VAWA Identifying Use of PAS Legal Strategies as Violence Against Women Which Endangers Children; and The Passed Resolution 2466 that supports the intent of  Protecting Women and Children in the deleted Section.

I had posted this 'exact' title and  information in a 'note' on facebook Friday. By Sunday night - the Abusers lobby had the 'Note' - removed for "Abusiveness". I kid you not,screenshot here. I just did a search within face book as the note was shared all over the place and the entire FB site has been scrubbed, literally. Only external links outside of FB and those links are not making it into the FB servers.

Packet to Send to Legislatures:

What happened to the entire section of the VAWA addressing PAS (essentially identifying use of PAS legal strategies as violence against women which endangers children)?

THAT is the question that NOBODY is willing to answer, not even the Administration which includes the main person who originally introduced VAWA. Read the resolution I posted, that is what prompted me to get Fairfax, CA to enact Resoluton 2466.

I seem to have been the first person in the country, that is other than the legislators who introduced VAWA, American Psychological Association Task Force members (Yes, the APAORIGINALLY did condemn PAS) and Father Rights Lobby (Why do you think they are so against the VAWA -- it would have sent all of these psychos and f^*^s to prison), to have identified this. But, all of the so-called advocates were so busy furthering their own agendas -- and lining their own pockets.
(Answered by Cindy Ross - a special thanks)

Fairfax Praised and Commended For Efforts Toward Ensuring That Domestic And Child Abuse Cases Are Adjudicated Properly and Applauds The Historic Step Taken by the Fairfax Town Council toward Eliminating The Systematic Abuse of Women and Children.

On Dec. 6, the Fairfax Town Council passed a resolution calling for revision of California family code and the federal Violence Against Women Act, and resolving that the Town Council joins the National Organization for Women in denouncing the use of the "parental alienation syndrome" legal strategy.
Parental alienation syndrome, originally crafted as a legal defense of child molesters, is routinely used in family court to mishandle domestic and child abuse cases as custody disputes and to punish mothers and children reporting abuse.

Use of parental alienation syndrome underlies not only egregious child custody rulings - especially custody switches to batterers and child molesters - and family court related misconduct, but the misuse of government programs and funding. In 2003, the American Prosecutors Research Institute identified parental alienation syndrome as the means to obstruct prosecution of abuse cases.
On behalf of the National Alliance for Family Court Justice, I would like to thank Councilman Lew Tremaine for sponsoring and the entire Fairfax Town Council for voting to adopt Resolution 2466. Our group, joined by supporters from California NOW, California Protective Parents Association and court reform activists and concerned citizens from Marin and across the country, commends the effort toward ensuring that domestic and child abuse cases are adjudicated properly and applauds the historic step taken by the Fairfax Town Council toward eliminating the systematic abuse of women and children.

See a compilation of these and more like them in a collection here:  VAWA, Parental Alienation Syndrome, Fathers Rights

The Entire Deleted Section here. LIMITING THE EFFECTS OF VIOLENCE ON CHILDREN

Your post really helped me to understand the Article. It has great details and yet it is easy to understand. I will definitely share it with others.Thanks for sharing.