Topeka, KS - TREC- Child Trafficking and profiting agency- Whores of the Court Who endanger Women and Children Assist Batterers in getting custody of their Children from the mother in Revenge for her leaving him.

Every one jumps aboard the job created security band wagon of taking battered mothers children from them. What is wrong with these people? Batterers who are a threat and or are dangerous to need supervision CHILDREN DO NOT NEED THIS!!!

Social Workers ARE NOT trained by the State of Kansas to DEAL with Batterers, Their program is their own program- and does nothing but hurt victims of violence. The Mothers and the Children. This is truly a govt sanctioned and tit sucking agency.  They all feed off the Family Court tit, they all make more money by supervised visits and by keeping the cases in the family court for years!! 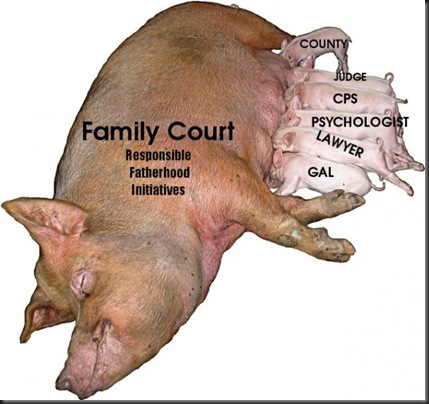 Julie Damron-Dittmer, family services director for the Treatment Resource and Education Center, sits in one of the facility's new rooms for families to visit in.

With news of United Way funding cuts to another children visitation and exchange service in Topeka, the Treatment Resource and Education Center has stepped up services to meet the need.

TREC, which operates out of 220 S.W. 33rd St., has tripled its space, doubled its visitation staff and upped its security — all in an effort to fill a gap that will widen if Safe Visit closes its doors.

Safe Visit is a support program under the YMCA umbrella and operates out of the Seaman Church, 2036 N.W. Taylor. The 15-year-old Topeka program — which provides more than 1,000 supervised visits and exchanges of children a year — announced in January it might have to cease operations by the end of February.

“We’re going to make it,” Sanchez said Friday. “We’ve just gotten a lot of support, and I’ve heard from so many people that we can’t go away.”

News of Safe Visit’s potential closure came on the tails of an announcement from United Way of Greater Topeka that the agency wouldn’t be awarded any noncommitted money this year. In the past, Safe Visit received $70,000 from United Way — about half of the organization’s budget.

It is one of eight former United Way programs that didn’t receive funding in the first round of applications. Two programs — Catholic Charities of Northeast Kansas’s Parent Child Learning Center and Breakthrough House’s Emergency Aid program — have ceased because of the funding cuts.

United Way of Greater Topeka committed more than $6 million during the next three years to area nonprofit groups, with its first round of funding. Another $543,000 has been designated to local agencies. The agency is planning two more funding rounds in 2012.

In the wake of Safe Visit’s previous announcement, TREC prepared to fill the void — though it wasn’t clear exactly how big it that would be. At different times, the number of families that would need help ranged from 170 cases a week to 300.

“We didn’t know what we needed to be prepared for,” said Julie Damron-Dittmer, family services director for TREC. “There was a lot of confusion about what was going to happen.”

So TREC contacted the landlords of its Visit/Exchange Center and increased its space from five suites to nine. It added seven on-call visitation staff members to its staff of five.

TREC also increased security both for on- and off-site visits — a need, Damron-Dittmer said, because Safe Visit is known for its security.

“One judge describes TREC as the place to send families that don’t have a safety concern, and Safe Visit for those that do,” she said, adding that the new security measures should change that perception.

At least one security staff member is on site at all times, she said, and the program now has the ability to call in law enforcement for off-site visits.

With the new space — renovated with personal money from the organization’s five administrators — TREC can accommodate more than 670 visits a week, Damron-Dittmer said. The number of referrals and families has increased since Safe Visit’s announcement, she said.

TREC does some things differently from Safe Visit, Damron-Dittmer said — the primary difference being that TREC supervises off-site visits, some as far away as Kansas City.

Visit arrangements also depend on what the judge orders, Damron-Dittmer said, and can be changed through a judge if safety is considered an issue. The program also does home studies before visitations.

TREC tries to accommodate the family as much as possible, too, she said. The center has visits until 8 p.m. Mondays through Fridays, 6 p.m. Saturdays and 5 p.m. Sundays. It opens at 8 a.m. every day except Sunday, when services start at 1 p.m.

And TREC doesn’t rely on any grant funding, Damron-Dittmer said. None of the money the nonprofit receives goes to pay administrative salaries, she said. They work as volunteers.

Instead, money goes to pay the security and supervision staff and, she said, “to keep the lights on.”

Although the United Way of Greater Topeka has opened its noncommitted funds to all area nonprofits, Damron-Dittmer said, she has no intention of applying for anything at this time.