The Role of Good Fathers 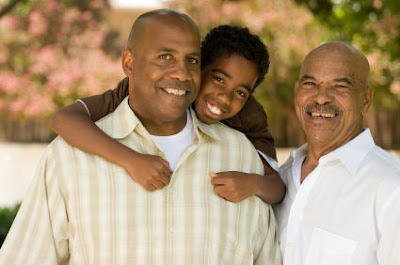 On Father’s Day it is traditional to praise the role of fathers and speak of “fathers’ rights.”  This is an altogether good and proper activity, but today I would instead like to discuss fathers’ responsibilities and the role of good fathers in ending domestic violence.   Domestic violence is usually viewed as a women’s issue, but as Joe Torre has said, it is really a man’s issue.

Good fathers want to make sure their daughters grow up safe from the risk of rape and assault.  They want to provide an example so their sons will never abuse their partners.  Simply refraining from assaulting, threatening or intimidating their partner is not enough.  Good fathers need to speak out against sexism because sexism is the cause of domestic violence.

When we hear someone tell a sexist joke, make comments suggesting the value of women has to do with her appearance or body parts, engage in blame the victim approaches or minimize the significance of domestic violence, good fathers can speak out and complain the remarks are offensive.  Words matter because they help create an atmosphere where the mistreatment of women is acceptable.  If a woman is only a (fill in the slur), it isn’t so serious if a man hurts her.  This attitude places our daughters, wives, sisters and mothers in jeopardy.

Men and women do suffer depression and tragically too many commit suicide.  Why is it that 94% of the murder-suicides are committed by men?  If someone decides to end their life because they think it has no purpose or value, what gives them the right to decide this for their wife and children?  There is a long history of husbands owning and controlling their wives.  Laws have changed, but the belief remains widespread.  Many men believe their partners have no right to leave them.  This is why 70% of men who kill their partners do so after she has left.  Similarly, abusive fathers have developed a tactic of seeking custody to punish women for leaving or pressuring them to return. Sadly the custody court system has been slow to recognize this tactic resulting in thousands of children being sent to live with abusive fathers.  Abusers like to use the term “fathers’ rights” and pretend to speak for all fathers as they do enormous harm to children and all of society.  It is time for good fathers to speak out, support protective mothers and make it clear the abusers do not speak for us.

Children who witness domestic violence are far more likely than other children to subsequently engage in dysfunctional behavior that places themselves and others in jeopardy.  This is why up-to-date research recommends abusers should not receive custody, but when battered mothers attempt to protect their children they are accused of alienation.  Society pays a high price in higher crime, losses to the economy, medical expenses and lost potential when courts grant custody to abusers.  The loss of potential and other expenses will ultimately be paid by our daughters and sons.  This is why good fathers must speak up.

Domestic violence has been a public issue for only thirty years.  As a result judges and many of the professionals they rely on are using myths, stereotypes, outdated beliefs, unscientific theories and bias instead of up-to-date research.  Too often the courts are defensive about their mistakes and discredited practices.  Good fathers can speak out to friends, family and public officials about this crisis.  We can ask journalists to start investigating the pattern of mistakes in domestic violence custody cases.  The male supremacists who dominate “fathers’ rights” groups will call us male bashers, but we can wear these attacks as a badge of honor.  Good fathers don’t let anything keep us from protecting our daughters and sons.

Barry Goldstein is co-chair of the child custody task force for the National Organization of Men Against Sexism (NOMAS) Mr. Goldstein is the co-editor of the recently published DOMESTIC VIOLENCE, ABUSE and CHILD CUSTODY .